The Business Analyst as Explorer (Part 5 of 6): Why Ask Why? 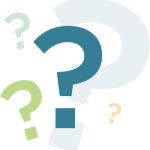 “Why?” is an excellent question to put in the business analyst’s bag of tricks. During a reengineering project, a BA named Dawn asked one of the developers why a utility company fee calculation was being performed a certain way in the existing system. “There’s a government statute that dictates how we have to calculate these fees,” was the reply. Upon investigation, Dawn discovered that in fact the current system had not implemented the computation correctly according to that statute. The system had calculated these utility fees incorrectly for an embarrassingly long time. This discrepancy never would have come to light had Dawn simply accepted the stated need for the current formula. Asking “why” revealed a major error that the replacement system corrected.

The shrewd BA asks why a lot. It’s important that “why” explorations be expressed in a way that doesn’t sound confrontational, accusatory, or challenging. I often ask questions that begin this way: “Can you please help me understand…” This phrase is longer than why and means essentially the same thing, but it has a more collaborative feel to it.

When a user representative presents a requirement that contains an embedded solution idea, asking why can let you know whether the solution idea is a true design constraint or just an idea or suggestion. Asking why several times in succession is a way to drill down from a superficially proposed customer “want” to the real underlying need. This helps the software team address the real issue, not just a superficially presented issue. Gently probing with why can reveal other sorts of useful information:

Asking why might save you a lot of work. One project was replacing an existing customer relationship management (CRM) system with a package solution. Senior management directed the team to use out-of-the-box features from the package as much as possible and to limit the extent of configuration or changes to the package. One user representative asked that a specific function be added, a counter that indicated how many times a customer had used a certain product feature. It would have cost a significant amount to modify the core package to accommodate this requirement.

When the BA asked why that function was needed, the user said that the function was present in the current CRM application. The BA probed further: “What exactly does this counter show?” “Why do you check it?” “What action do you take depending on what it tells you?” This discussion eventually revealed that several stakeholders all thought that someone else was using the data. In reality, no one used it at all! By asking “why” a few times, the BA and user representative agreed that the function wasn’t needed, thereby saving a significant amount of money.

A BA needs to be a bit of a skeptic. Don’t believe everything you hear, and don’t accept it all at face value. Ask “why” enough times to give you confidence that you’ve got the real requirements in hand.